﻿History of Port of Brookings Harbor﻿ 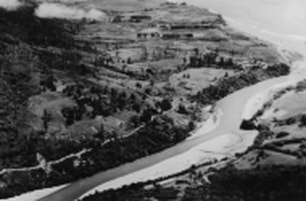 Brookings Lumber & Box Company: 1900-1908
In 1900, a Judge was reported to have operated a small water powered sawmill about 12 miles up the Chetco River. Though it was not a financial success, the industry was transferred to the Brookings Lumber and Box Company in the year of 1907 where John E. Brookings served as President. The town of Brookings was named after him in 1908. 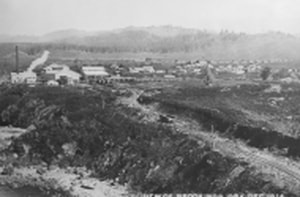 Brookings Timber & Land Company Takes Over: 1912-1913
In 1912, the Brookings Lumber and Box Company started construction of the first railroad in Curry County, a lumber manufacturing plant, a deep-water harbor, and the town of Brookings. In 1913, the Brookings Timber and Land Company were organized to take over and operate all of the Oregon property owned by the Brookings Lumber and Box Company. Under this company, the harbor was developed and a 17-acre log pond was built and a large, all-electric direct-drive saw mill was erected. 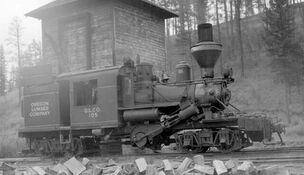 California & Oregon Lumber Co. Formed Railroad Completed: 1915-1917
In 1915, the entire holdings of the Brookings Timber and Land Company were merged with a large block of redwood timber in Northern Del Norte County forming the California and Oregon Lumber Company. To serve the newly formed company, construction of a piling and timber wharf extending 1,200 feet into Chetco Cove, was commissioned. This wharf, carrying two tracks of the company-owned railroad, was completed in 1917. 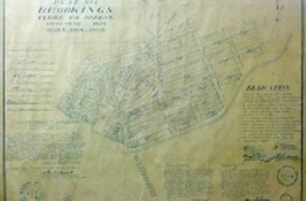 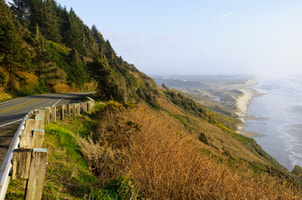 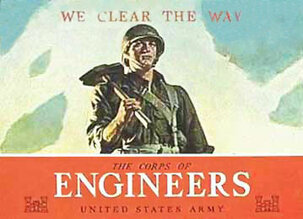 Deep Water Harbor at Chetco Cove Discussed: 1920s
For many years, there was talk of the development of a deep water harbor at Chetco Cove and of a "jetty-protected harbor" at the mouth of the Chetco River. In the early 1920's, a bill to construct a harbor was presented to Congress. Reviews of the area were made by the Corps of Engineers, but no official approval was given to construct either project. 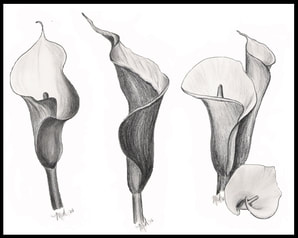 Nationwide Publicity Due to Flower Bulb Industry: 1940
The area gained nationwide publicity in the 1940's because of the establishment of the flower bulb industry. Today, the seven farms in Brookings and Smith River (Del Norte County) provide the majority of the North America Market of Easter lily bulbs – distributed worldwide.

Rivers and Harbors Act: 1945
There was a gradual strengthening of old and new opinions concerning utilization of natural resources offered by the ocean and river. A previous study of a proposed improvement at the Chetco River had received the approval of the Corps of Engineers, but was not given the OK by congress. The Rivers and Harbors Act of 1945 authorized the improvement again, but this time no money was appropriated for construction. 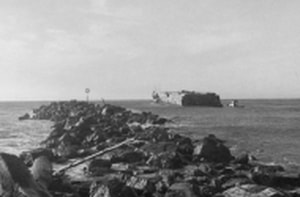 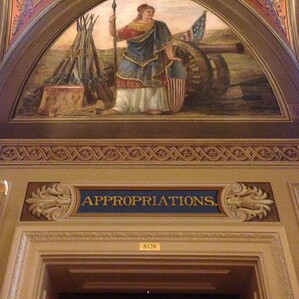 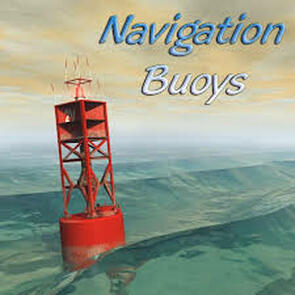 Coast Guard Places Navigation Buoys to Mark the Channel
The U.S. Coast Guard has since placed navigation buoys to mark the channel, a whistle buoy outside the entrance, a concrete tower with a light to mark the entrance and steel towers on shore withrange markers and lights to guide vessels through the entrance channel. At that time, the Coast Guard also had taken into consideration the establishment of a station with moorage near the entrance of the boat basin. 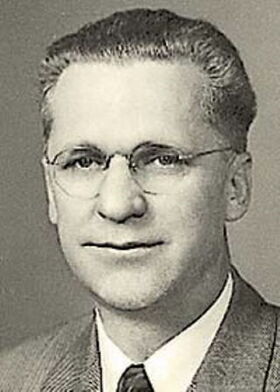 Port of Brookings, Port District Created: 1957-1959
A special election in 1956 created the Port of Brookings, Port District, and Governor Elmo Smith appointed the first five Port commissioners. From 1957 through 1959, the issues at Board meetings were planning, financing, and acquisition of land. While these remained important concerns, a good start was made in the physical development and the Port was now operating. 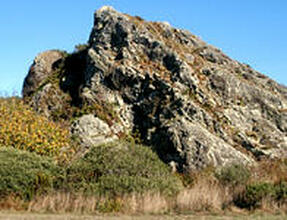 First Boat Basin Constructed: 1958-1959
In 1958, Brookings rancher Archie McVay received approval for construction of a small boat basin. The work was completed from private funds, and in 1959, the Port extended the boat basin upstream onto Port property that had been purchased earlier that year from Mr. McVay. 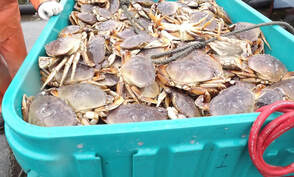 Lumber, Crab, Shrimp & Miscellaneous Fish - Abound: 1960
The first year's operation of the Port facilities ended in October 1960. Through December 1960, the privately owned wharves had handled 51 million board feet of lumber, 3.2 million pounds of crab, 171,705 pounds of shrimp, and 107,726 pounds of miscellaneous fish. Of these, 1.6 million pounds of the crab were brought in during the month of December alone. 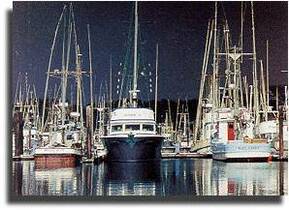 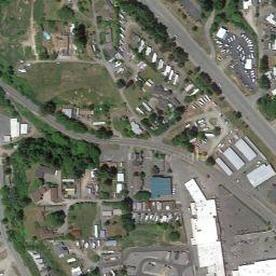 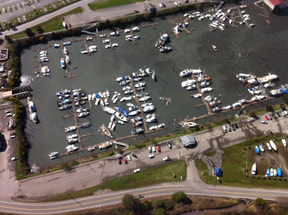